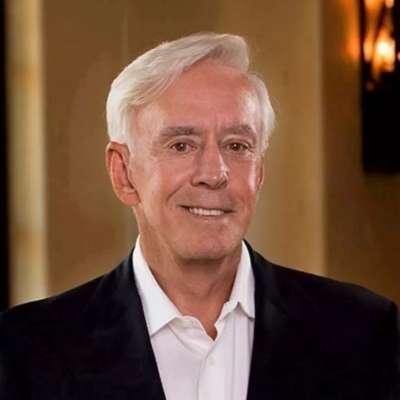 Billy Walters was born on July 15, 1946, in a small town called Mandforville, which is located an hour's drive from Fort Knox – the military base, which stores the gold reserve of the United States.

After high school, Walters was engaged in sales of cars and married a second time. In this marriage, he had two sons. The eldest son died at the age of 5, and the youngest got brain cancer. Billy had a terrible choice: let his son die or have surgery and remove part of the brain, but then the son will remain an idiot for life.

In the late seventies, Walters became a bookmaker himself and began taking illegal bets. He was a gambler, besides being a great drinker. As he himself says, "I could put all my money on a coin toss." Periodically, Walters raided Las Vegas, where he played blackjack and baccarat, as well as poker and Golf at the famous Horseshoe. This continued until 1982 when he was arrested for illegal bookmaking. After paying a $1,000 fine, Billy decided to radically change his life and finally moved to Las Vegas.

In 1980, Ivan Mindlin and Michael Kent created the now legendary "Computer group", which pioneered the use of computer algorithms for sports betting. In the early 80s, Computer group became the first national sports betting network, betting hundreds of thousands of dollars a day. The collective of players, handicappers and investors began to earn millions. That's the group Billy Walters got into in 1983. He remarried, quit drinking and became a member of the powerful Las Vegas elite.

Walters made his first millions in 1986: he won $3.8 million on roulette, using a strategy of playing on old equipment, $3.5 million on bets in the Super Bowl, and about $ 400,000 in Golf. After that, the casino began to interfere with Billy's game, and he completely switched to sports betting. Since then, he has not had a single bad season: every year he earns between $15 and $60 million on bets. Even now, with Walters "worth" more than $300 million, at the age of 69, he continues to work hard.

Billy Walters
The legend of gambling

There is a myth that all Walters bets are made in Las Vegas bookmakers, but this is not the case. The fact is, placing bets outside of Nevada is part of a legal gray area, and so Walters refuses to talk about it.

A poor boy from Kentucky is currently a very rich man, with an estimated capital of more than $300 million. His assets include three Golf courses in Las Vegas, several car dealerships, four-bedroom home in Henderson, Nevada, a $10 million home in Karlovy vary and an $8.5 million estate in Santa Fe. He is a recognized philanthropist and founder of a Las Vegas-based charity that helps people with disabilities. And all this – thanks to sports betting and hard work.

Share —
Validation error
Check the data you entered is correct
Confirmation
To confirm, enter your casino nickname and email. The data is strictly confidential and not disclosed to third parties.
News