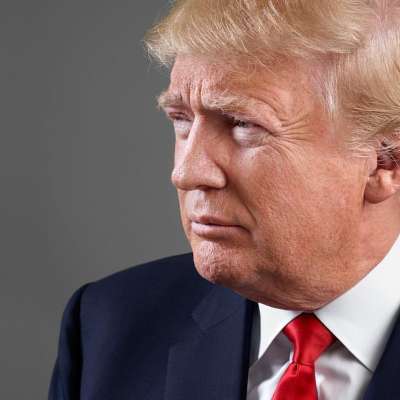 Donald John Trump was born in New York on June 14, 1946, in the family of businessman Frederick Christ Trump and housewife Mary Ann Macleod.

Donald received his primary education at Kew Forest school. When the boy was thirteen years old, he was sent to the New York Military Academy. The decision to transfer him to this private boarding school came after his parents learned that he often traveled to Manhattan without their permission.

At the Academy, the young trump was awarded numerous awards, played for the local baseball team and even for a while was its captain.

After graduating from the Academy, Donald was first going to film school but later changed his decision, as he considered real estate a more profitable and stable business. He eventually enrolled at Fordham University and later transferred to the University of Pennsylvania, where he attended business school.

In 1968, Donald Trump received a bachelor's degree in Economics. His specialty is Finance.

While still a student, trump began working for his father's company, Elizabeth Trump and Son, which was engaged in real estate. He specialized in the rental of dwellings for the middle class. His first major project to modernize an apartment building brought the family business about six million dollars in profits.

In 1971, trump became President of the company, which he immediately renamed the Trump Organization. At the same time, Donald moved to Manhattan, where he engaged in major construction projects. Most of them were successful. These include the Grand Hyatt Hotel (1978), Trump Tower (1983) and Trump Plaza (1984).

In 1984, Harrah's hotel-casino opened in Trump Plaza and trump built it with the help of Holiday Corp. But the casino was not doing very well, and the partners ceased cooperation. Subsequently, the businessman launched several other gambling establishments.

In 1988, Donald Trump purchased the unfinished Taj Mahal Casino in Atlantic City and invested more than a billion dollars in it. At the time of opening in April 1990, it was considered the largest casino in the world.

The financial crisis of the second half of the eighties almost led to trump's personal bankruptcy. To be able to pay the loans, he was forced to hand over to creditors a significant portion of his stakes in various projects, including the Trump Taj Mahal casino and the Citibank hotel.

In 1995, all of Donald trump's gambling establishments were merged into the Trump Hotels & Casino Resorts Corporation. It stayed afloat for nearly a decade, but in 2004, Trump had to halve his stake and step down as CEO. In 2005, the company was restructured and named Trump Entertainment Resorts Holdings.

In 2000, trump was a participant in the presidential primaries. He represented the reform Party. In 2016, Donald trump was elected President of the United States.

In 1993, Donald married actress, Marla Ann Maples. They had a daughter. The marriage was dissolved in 1999.

As of 2019, Donald Trump has eight grandchildren.

In June 2017, Donald Trump declared $3.7 billion. It is one hundred and thirteenth on the list of the richest people in the United States.

According to the Declaration, his sources of income are five hundred and sixty-five companies.

In June 2017, Donald Trump declared $3.7 billion. It is one hundred and thirteenth on the list of the richest people in the United States.

According to the Declaration, his sources of income are five hundred and sixty-five companies.

Share —
Validation error
Check the data you entered is correct
Confirmation
To confirm, enter your casino nickname and email. The data is strictly confidential and not disclosed to third parties.
Места работы
News