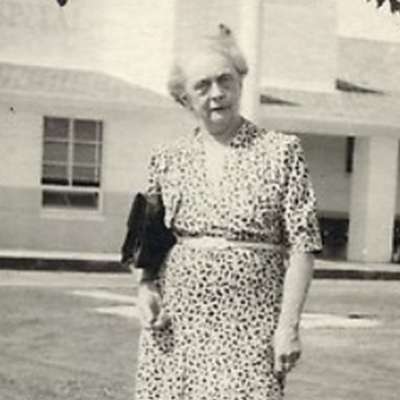 Mamie was born on September 5, 1875, in reading, Pennsylvania. Her parents were Anna may and George Clifton.

The girl had five brothers and sisters. She was the eldest child in the family and helped raise the younger ones. Mamie hadn't finished school when their mother died. Since then, she has done all the basic women's housework.

Mamie Stoker lived in Las Vegas for the rest of her life. She took an active part in social and political life and was a member of the Republican party. She was also a member of Daughters of the American Revolution.

At sixteen, Mamie married Oscar Stocker. They had three sons: Lester, Harold, and Clarence. They also worked at the casino club.

Share —
Validation error
Check the data you entered is correct
Confirmation
To confirm, enter your casino nickname and email. The data is strictly confidential and not disclosed to third parties.
News