On Sunday, Manuel Cabello Florensa won the 888Live Costa Brava Main Event (Spain). This "Poker Fiesta" lasted for four days (from May 18 to May 22) and included 165 participants. This victory becomes more deserved taking into account the fact that Florensa entered the final round with the lowest number of chips. The winner’s cash prize reached 11 thousand euros.

A certain number of the participants won the opportunity to take part in this event via qualifying rounds. They allowed winning packages that included:

Kara Scott was a host of the tournament and official representative of 888Poker. The list of her functions included: 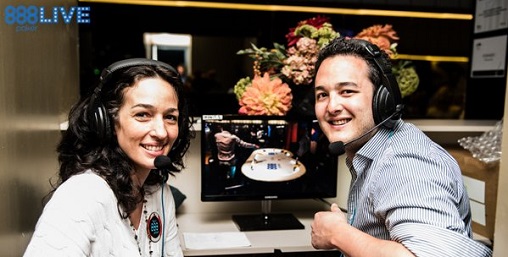 Rupert Elder, a professional poker player from the United Kingdom, was a special guest of the tournament, streaming the tournament on his channel on Twitch and commenting the final round together with Kara Scott.

The main event lasted for two days. Players started the game with the initial 25,000-chip stack, and each of the 14 levels lasted for 30 minutes. Among 165 players who had entered the game at the beginning of the tournament, only 58 of them continued to play on Day 2. Eighteen best participants share the prize pool.

Miss Scott was eliminated during Day 2. She had a pair of nines and pushed all in. Chuck Kuhn with a pair of jacks and Craig Newton with a pair of aces called. The flop brought a queen, deuce, and eight. A four appeared on the turn. A queen showed up on the river. So, Newton managed to get rid of two opponents at once.

A few hours later, the final round of the tournament was held. Nine players took part in it. Newton was the chip leader at the table. He had 929,000 chips. Florensa with his 158,000 chips was an outsider.

Florensa competed with David Nunez Arguello in the heads-up round. In the deciding hand Florensa had a king and nine. His opponent’s hand was composed of a queen and nine. The flop showed a five, deuce, and nine. The turn brought a four. On the river there was a nine. Arguello got the second place and 7,950 euros.

As the winner informed the reported, it was the far largest prize in his career, despite the fact that his career path included big victories in online games and online multi-table tournaments. As for his plans for the future, Florensa said that he would invest his earnings in the other tournaments.