Brian Altman, a World Poker Tour champion, won the final round of the international World Series of Poker Circuit (WSOPC) Tournament, which took place at Casino de Montreal in Canada. The main event of the tournament, whose buy-in was equal to 1,675 dollars, attracted 520 participants. Their efforts allowed collecting a prize pool of $618,508 USD. Altman won 132,979 dollars as a prize for a 1st-place finish.

It was the second largest cash prize in Altman’s career. He won more last February in the WPT Lucky Hearts Poker Open Tournament (723,008 USD). Thanks to this prize, the total Altman’s earnings for his entire career reached 1,504,038 dollars. However, he did not want to rest on laurels after this victory and immediately joined participants of the WPT Canadian Spring Championship, where he gained the 16th position and won 10,447 dollars. 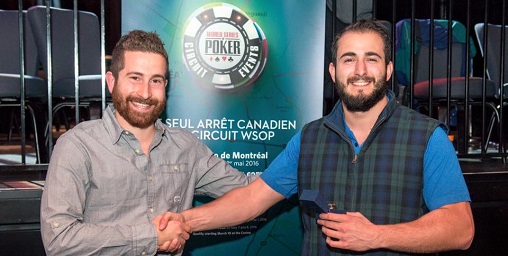